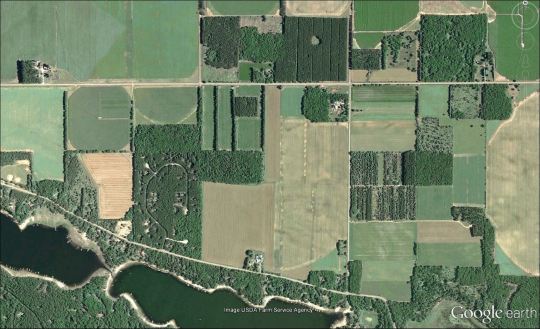 Wisconsin’s Central Sands is a unique and bountiful place. Its rain-fed groundwater aquifer feeds one of the nation’s most productive potato and vegetable growing areas. The sandy glacial soils and easily accessible aquifer for irrigation allow Wisconsin to rank in the top three in green beans, peas, sweetcorn and potatoes, which contribute to our diverse and healthy agricultural economy. With an average annual rainfall of 32”, our aquifer is replenished yearly and the groundwater level remains constant, with minor fluctuations.

Ever mindful of the importance of a sustainable groundwater supply and how this resource has been depleted in other parts of the country, potato growers recently measured the depth to groundwater in over 50 irrigation wells in Portage county and found that all but 3 have groundwater at the same or higher levels compared to those recorded when they were first drilled over the last half century. This careful scrutiny is being expanded across the 6-county sands area to ensure that our groundwater is not at risk.

This same aquifer is also connected to and essential for the well-being of the many streams, lakes and wetlands that make the sands an ideal place to live. Wisconsin potato growers are at the forefront in managing these fragile ecosystems, and making sure they remain healthy during dry climate years, when the need for agricultural water use increases. The potato industry is sensitive to these concerns and is actively seeking new ways to irrigate their crops using less water. One logical approach is to increase productivity so that more food can be grown on fewer acres. Potatoes are a good example where this has been achieved. Over the past decade, innovations in production gained through improvements in varieties, fertility, soil health and pest management have allowed growers to produce 95% of the potatoes they did a decade ago but on 20% fewer acres, saving a whopping 25% of the water needed to grow potatoes!

Growers are now actively working with UW researchers to reduce water use still further. In the Department of Horticulture, a research group led by Mike Drilias, is looking at ways to induce crops to root deeper and use the water in the soil more efficiently. One method currently being studied is to simply apply less water to the crop (deficit irrigation) throughout the growing season and force the roots go deeper to find it. Mike has found that crops respond differently to such treatment. Potatoes differ by variety with some less affected while other varieties lose yield and, surprisingly, sweetcorn attained the same yields with 25% less water. Withholding water at specific growth stages (deferred irrigation) is another approach that is rapidly gaining acceptance by growers. Naturally deep-rooted crops such as soybeans, field corn and sweet corn, tend to ‘cheat’ when water is plentiful near the surface and develop shallow root systems but when water is withheld early in the season roots will go deeper and use water that would otherwise be lost. Such tactics can save growers over 2 inches of water on an acre of cropland—that’s 7 million gallons on a single field—without sacrificing yield.

An exciting new concept is also now being investigated that could prove critical in conserving water in irrigated agricultural systems. This takes advantage of the differential use of water by crops, which has been studied by UW departments of Horticulture, Soils, Agronomy and Biological Systems Engineering faculty and students. This differing need for water among crops opens the potential for designing future agricultural landscapes that can be profitable and yet use less water. Such landscapes have been evolving naturally, driven by economic and production considerations over the past 20 years. As potato acreage, (which requires 18 to 22 inches of total water throughout the growing season, including rainfall), has declined in response to greater productivity, the acreages of green beans (which need only 6.5 inches) and sweet corn (needing 12 inches) have increased to fill the gap, resulting in landscapes that actually use 25% less water. The potato and vegetable industry is actively supporting research in this area with the goal of designing landscape strategies to develop crop rotations in space and time to promote water conserving farmscapes.

Thoughts for Food: The Season is Winding Down 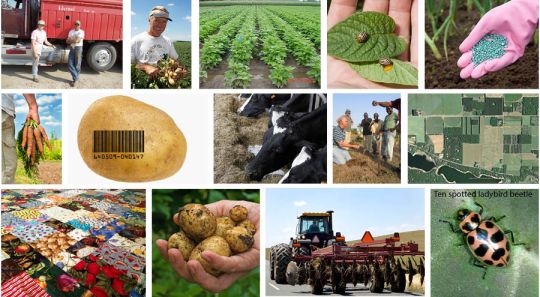 Fall is here in Wisconsin’s Central Sands!  Highlights of yellow and orange are popping up in the hardwoods that mingle with the cropland of this uniquely productive area that is so important to the nation’s supply of potatoes and vegetables.  The harvested fields are taking on an emerald sheen as the rye cover crops become established to protect and nourish the soil for next season.  It’s time to rest the land for a spell, to recharge the groundwater that drives the system, and recharge the spirits of this remarkable group of growers who will use this time to learn and digest what worked and what still needs more work.

We hope that you have enjoyed the “Thoughts for Food” series of articles.  Over the past 6 months, we have introduced you to the Central Sands region and its unique growers by taking you through the potato growing season.  We have looked at the challenges faced each year in growing the crops, introduced you to innovations made by the industry, and explained the business of agriculture in a realistic, yet simple manner.  This important industry, which is one of the economic engines of central Wisconsin, works hard to preserve the natural resources of the area for future generations.  For a full re-cap of the season, you can journey back in time and check out any of the topic areas at your leisure (search the archives for the “Thoughts for Food” series on the new family farm blog posts).   END_OF_DOCUMENT_TOKEN_TO_BE_REPLACED 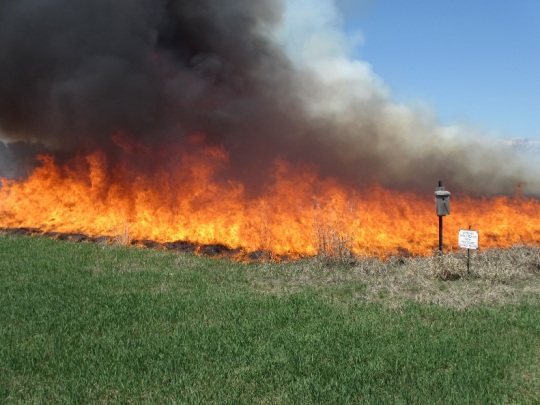 The crop fields and natural areas in Wisconsin’s Central Sands area make up a diverse and complex landscape that intermingles one of the nation’s most productive potato and specialty crop production areas with remnants of prairies, oak savannas, pine breaks, wetlands, streams and lakes that existed after the glaciers receded thousands of years ago.  This diversity provides ecological services—such as soil health, drainage, pollination and natural regulation of unwanted or invasive species—that go largely unrecognized and yet are essential to a healthy and vibrant ecosystem and the communities that depend on it.  Much of the land in the Central Sands is privately owned by the farmers, whose families settled it generations ago.  We are indeed fortunate that these far-sighted growers recognize the importance of the diversity contained on their farmsteads and are taking steps to preserve it by restoring remnants of natural habitats to their original condition.  More than ten years ago, several potato growers in the Sands set out to develop more sustainable approaches to farming that preserved natural resources and ecological diversity.  The program, called Healthy Grown™, involves the restoration on habitat remnants, and the use of fire is an important tool in that process.

Historically, the natural burning of prairies, wooded areas, and wetlands was important to maintain the diversity of species requiring more open landscapes.  Without fire, plant species diversity is diminished and regional landscapes change, but with proper timing, prescribed burning controls many undesirable woody plants and herbaceous weeds while invigorating native, fire-dependent species.  Prescribed burning can prepare a site for planting and/or seeding, inhibit exotic/invasive species, improve habitat for grassland species and reduce the potential for property-damaging wildfires.  Fire removes invading woody plants that store most of their active growing tissue above ground while deep-rooted prairie plants can regenerate and thrive using growing tissue located below the ground.  Fire also returns nutrients to the soil, and the bare soils warm up earlier in the spring to promote rapid growth of native plants.   END_OF_DOCUMENT_TOKEN_TO_BE_REPLACED 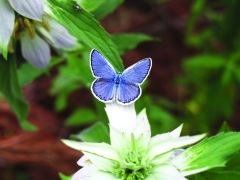 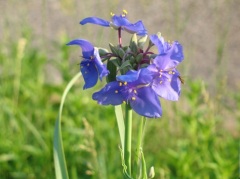 Biodiversity tells us the number and variety of different native species found within an ecosystem. This is important information for everyone.  When the environment has a large diversity of native species compared to similar environments that are dominated by a few non-native and often weedy species, it is more stable ecologically and provides many essential services to communities. These ecosystem services are not easily seen, but they include many valuable benefits such as water filtration, maintenance of soil structure and health, habitat for birds and pollinating insects, alternative food sources to preserve beneficial insect predators and habitats for rare and endangered species. END_OF_DOCUMENT_TOKEN_TO_BE_REPLACED 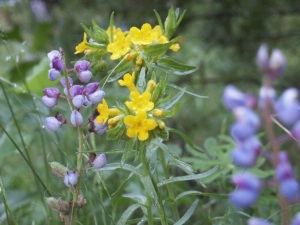 Spring is a beautiful time, with flowers blooming and color returning to our landscapes.  In farming regions, color is returning as well in the form of diverse habitats and native landscapes.  In an effort to “restore natural ecosystems,” the potato growers of Central Wisconsin and the International Crane Foundation of Baraboo, WI have formed a collaboration to manage the participating farms as whole ecosystems. END_OF_DOCUMENT_TOKEN_TO_BE_REPLACED